Each of our web hosting solutions are fine-tuned, blazing fast and are ready for you! Choose the high speed package tailored for your needs.

Whether you’re developing a Python-based CMS for the Ministry of Silly Walks or a personal blog for your adventures in lumberjacking and picking wild flowers, our high performance Python hosting provides everything you need. Your account comes hosted on our blazing fast SwiftServers. Want even faster page loads? Choose our Turbo Servers for up to 20X faster page loads compared to competing Python Hosting providers.

Just a few ways we make your life easier...

A mere 1-second page load delay impacts your bounce rate, SEO rankings and even your conversion rate. You won't have to worry about any of this when you choose A2 Hosting and our screaming fast SwiftServer platform! Hosting on speed optimized servers with your choice of server location, free SSDs and our up to 20X faster Turbo Servers are all advantages of choosing A2 Hosting!

An average of 30,000 sites are hacked each day globally. Our Perpetual Security measures help prevent you from becoming the next victim! That's why your account include free HackScan Protection to help block hacks before they can do damage to your site. KernelCare rebootless kernel updates, brute force defense, a dual firewall and a number of other security features are already in place to help keep your site secure when you choose A2 Hosting. Our Reinforced distributed denial of service (DDoS) Protection even improves the likelihood your site will remain online during even the most sophisticated distributed denial of service attacks.

Are you ready to move your site to A2 Hosting, but nervous about doing the actual site migration to our servers by yourself? Don't be! In most cases we can move your site for free. Just contact our friendly 24/7/365 Guru Crew Support team to request that they move your site for you! It's a worry-free migration! That means there's no more barriers for you to get your hands on all of our site speed optimization resources! Isn't it about time that you love your web host?

Here are just a few of the Python Hosting benefits you'll experience with us that make A2 Hosting the very best!

Up To 20X Faster Servers

Our friendly and knowledgeable support team is available 24/7/365 to help!

Our team can move your site to A2 Hosting for free in most cases!

A2 Hosting is the host you can depend on with ultra-reliable servers!

Our goal isn't to win awards. Our goal is to offer the best web host solutions that are both blazing fast and ultra-reliable. Even so, we're still extremely proud of our team's accomplishments! Since our launch in 2003, their hard work has helped us earn recognition and accolades as the top hosting provider in the industry.

Python Hosting - What Our Customers Have To Say?

Before purchasing a solution from A2 Hosting, it's a good idea to research the experience existing customers have had with that service. Below is a sampling of A2 Hosting reviews from customers using our Web Hosting services.

“A2 hosting has awesome customer support, security, server performance & uptime, and Free SSL Certificate. Easy to use the control panel & install WordPress. A2 Hosting is a great web hosting provider that has the most potential to shine when you're transferring websites or hosting large projects. Their emphasis on speed really showed...” Read full review

“The chat specialist was extremely helpful although unable to resolve the issue. He created a ticket for higher level support and I am very satisfied with A2hosting's support. I'd recommend them to anyone looking for web hosting.”

“A2Hosting is a reliable one and 3 of my websites are ranked at top 1M at Alexa Ranking. Basically, I have tried many different web hosting companies and it is one of the best. That's why I have put 3 websites here. You don't need to try any others for the comparison. Pick A2HOSTING now and save your time.”

“I have used quite a few web hosting services and A2 is the best I have found. My websites are fast and their service support is excellent.”

“Prompt and highly responsive team. I am very pleased with the service rendered by the team. The hosting service works great so far too, and I'll highly recommend to anyone looking to switch or require a web hosting service”

“Migrating from one web hosting company to another is not fun or easy. I was getting lost fast, but Mike took the time to look into what was going on, explain things to me and escalate the situation to the next level of tech support.”

“Awesome communication and thoroughly answering any questions allowing for Peace of mind in making my commitment to acquire shared web hosting account with A2.”

“A2Hosting is the best full service web host that I have experienced. I’m on a shared hosting Linux plan (Swift) and am using this to learn PHP. Excellent developer access and resources, and very helpful support team.”

Apache Tomcat: An Introduction (And How It Can Benefit You) 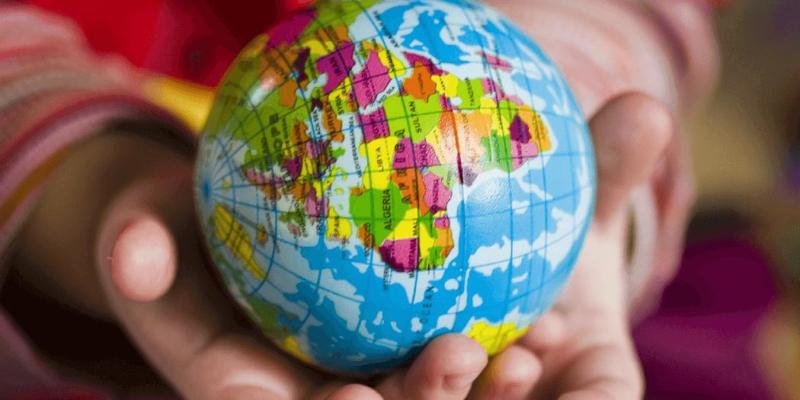 Do You Need to Add More Languages to Your Website? 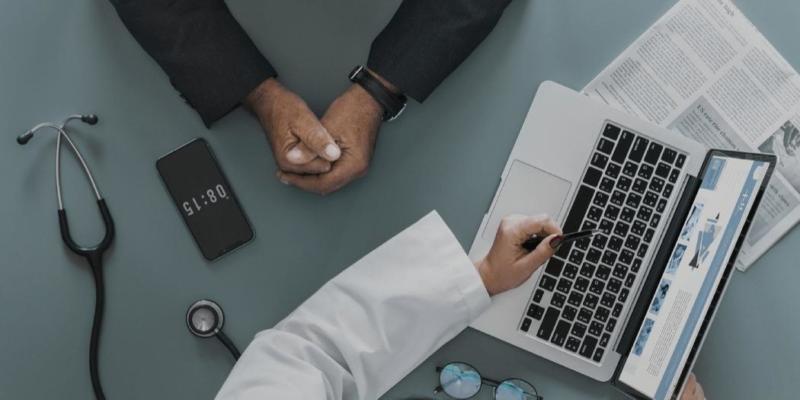 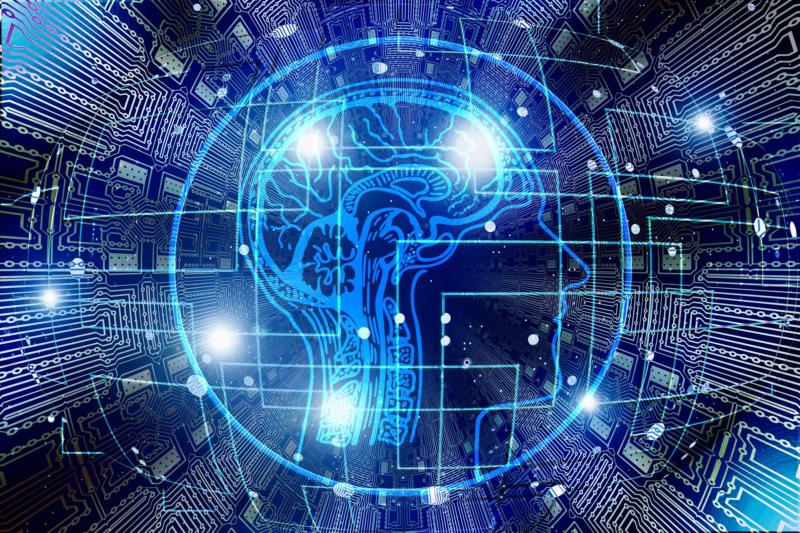 6 Reasons to Choose Node.js for Your Next Web Development Project Evolved from Debian, Ubuntu is one of the most stable and customizable Linux distributions. Ubuntu is especially stable because it is a fast changing distribution with around two updated releases each year. Tomcat is an application server that executes Java servlets for web pages that have Java Server Page coding. Tomcat is developed and maintained by Apache.

Nginx is a free HTTP server and reverse proxy. It is focused on performance, stability and low resource use. With additional code, nginx is compatible with most platforms like WordPress. PHP is a server-side HTML embedded scripting language. It provides users with a complete suite of tools for developing dynamic websites.

IonCube protects your software by encrypting PHP scripts from being viewed and changed. It compiles bytecode before encoding so source code is eliminated and runtime overheads are reduced.

Don't see a service that fits your specific hosting needs? Don't worry, we have you covered! We offer a wide range of solutions bound to meet your requirements ranging from Shared, Reseller, VPS, Dedicated and everything in between including Managed WordPress Hosting. Looking for a new domain name or SSL Certificate? We've got you covered there as well! Just click the button below to visit our Web Hosting comparison page. That's where you'll see a full breakdown of all of our high speed hosting services.

Python Hosting - The A2 Way

Your A2 Hosting account comes loaded with all the developer features you could ask for, and some more. You'll get free SSH so you can really dig in to see what’s going on. You'll get to choose your Python version from v2.6, 2.7 or 3.2 and MySQL 5.6. Best of all, it all comes hosted on our ultra-reliable servers backed by our 99.9% Uptime Commitment. That means you can focus on your websites and web development without having to worry about downtime.

Our friendly and knowledgeable 24/7/365 Guru Crew support team is standing by to answer your all of your Python Hosting questions. Just contact them via live chat, phone or email. Don’t see a resource you need? We’ll get it for you. Not everyone chooses the web’s #1 Python hosting provider, but you can.

Are you ready to love your Python web server provider? Choose A2 Hosting! Get started now completely risk-free with our Anytime Money Back Guarantee. We're looking forward to working with you.

Python is a dynamic object-oriented programming language used for a wide variety of software development project. Python provides excellent integration support with other languages and tools, includes an extensive standard libraries, and is quick to learn. Web developers specifically mention increases in productivity when using Python. They also rave about its ability promote higher quality and create more maintainable code as specific advantages. Python's has a philosophy focused on code readability, largely thanks to its proper use of white space.

Python is loaded with features that has helped its growth in popularity throughout the years. Below you'll find a list of just a few of those Python features:

Python was created by Dutch programmer Guido van Rossum in the late 1980's as he worked for Centrum Wiskunde and Informatica. van Rossum remained the lead developer of Python until July 2018. The goal of Python was to to replace the ABC language, have the ability to interface the Amoeba OS and have exception handling capability. Python 0.9.0 wasn't released until February 1991. This version of Python included functions, exception handling and classes with inheritances.

Python 1.0 was released a few years late in January 1994. This version of Python now included the programming tools reduce, filter, map and lambda. Python 2.0 was released 6-years late in 2000. The new features in v2.0 included Unicode support as well as a cycle-detecting garbage collector.

Python 3.0 was the next major release, becoming available in late 2008. This version was not fully backward-compatible. New features available in Python v3 included the print function, views and iterators replacing lists and simplified ordering comparisons.

Web development tips, marketing strategies and A2 Hosting news sent to your inbox.